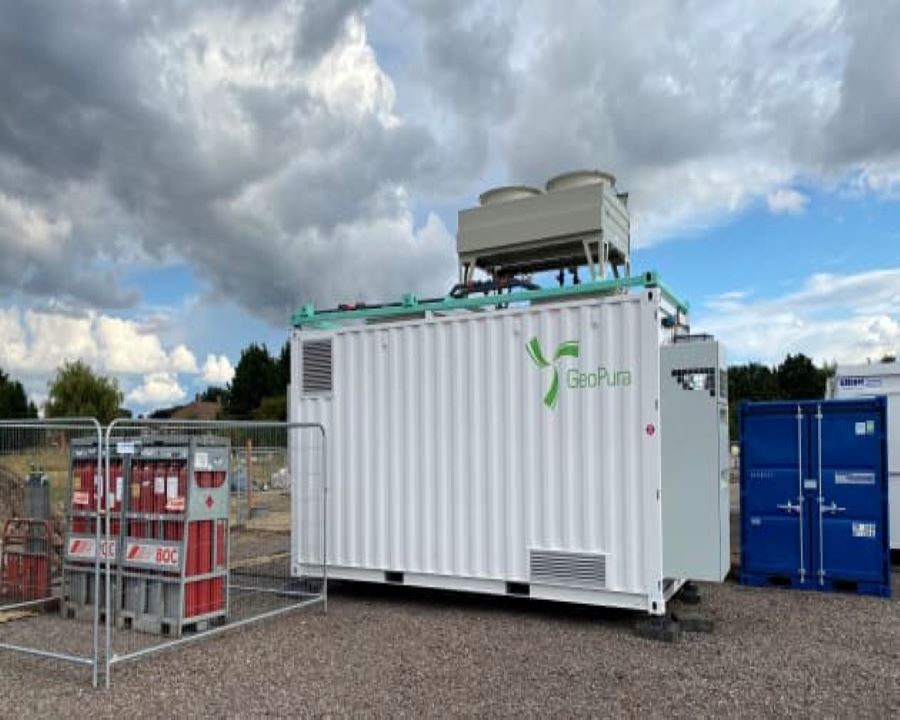 The kit for the fuel-cell is stored within a shipping container.
Siemens Energy

A building site for a major infrastructure project in the U.K. has started to use a zero-emission hydrogen fuel cell for heat and power, removing the need for diesel generators.